A search for a neural syntax

Today’s cognitive neuroscience largely follows the tradition of empiricism by looking for correspondences between ‘stimuli’ in the external world and their responses or ‘representations’ in the brain. This approach works well (sort of) in primary sensory areas but typically fails when cognitive or emotional mechanisms are to be investigated. The empiricist method is a bit like learning words in a foreign language, i.e., collecting correspondences between a known and a new language. The initial progress is fast. One can get by in a foreign country with just 100 words of vocabulary. However, when it comes to truly understanding a language, one needs to know the grammar, the syntactical rules that allow for the generation of virtually infinite combinations from finite numbers of lexical elements. Syntax allows for the segmentation of information into a temporal progression of discrete elements with ordered and hierarchical relationships (e.g. tempo, punctuation, etc), resulting in congruent interpretation of meaning. We endeavor to study the syntax, and not just the vocabulary, of the brain.

Our working hypothesis is that in brain networks, especially those serving cognitive functions, the packaging and segmentation of neural information is supported by the numerous self-organized rhythms the brain generates. Brain rhythms allow for temporal correlations to occur at multiple time scales which can be mathematically defined. Rhythms and other non-rhythmic ‘chunking’ patterns can be thought of as ‘order parameters’ and are often recognized in the local field potentials. These mesoscopic patterns are telltale signs of the grouping and segregation of transient cell assemblies and their evolving sequences.

Brain oscillations form a hierarchical structure: slower oscillations phase-modulate the power of faster rhythms. These mesoscopic temporal structures (i.e., brain oscillations) have been fully preserved throughout mammalian evolution and have constrained both the evolutionary and ontogenetic scaling of brain structures. Some rhythms are region-specific while others are ubiquitous. Oscillations are robust and easily quantifiable phenotypes and various brain systems have unique constellations of oscillations. Twin studies show just how tightly genetic factors control brain rhythms. In some cases, both the genes and mode of inheritance have been determined. Every psychiatric disease is associated with some kind of rhythm problem. Importantly, mice and rats have brain oscillations with the same pharmacological profiles as humans, and therefore serve as important targets for drug discovery. Our actions and perceptions are strongly affected by the constellation of rhythms. For example, rhythms can strongly bias which part of the text you are reading now will be remembered tomorrow.

Work in our lab focuses largely on the generation of these various oscillations, their spatial and temporal relationships, and the role of inhibition in the enforcement of syntactic rules. We monitor large-scale neuronal firing patterns and the local fields they generate in behaving rodents in order to relate the assembly patterns and order parameters to overt and covert behaviors. Perturbation of the various oscillations or the neuronal components that give rise to these rhythms–using closed-loop optogenetics and other methods–is a complementary approach. The main focus of our investigations is the hippocampus and we reach out from this structure to its numerous cortical and subcortical partners.

The advantage of our ‘inside-out’ approach to brain function is that it is free of philosophical connotations and takes brain mechanisms as independent variables, as opposed to attempts to finding ‘correspondences’ or ‘representations’ between subjectively derived categories and boundaries and brain responses. If you are still skeptical of our approach, just ask any practicing psychiatrist how well the boundaries set up by DSM-V translate to the diseases they treat. We submit that a syntactical approach to brain function is an alternative, and perhaps more effective, strategy

Space and time in the brain

My first review (in a different world) 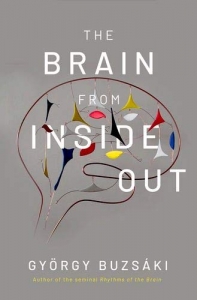 The Brain from Inside Out
by György Buzsáki

Rhythms of the Brain
by György Buzsáki 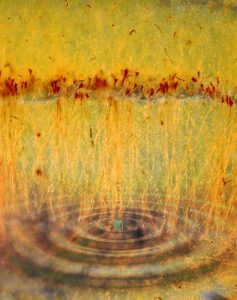