This author has not yet filled in any details.
So far Peter Petersen ADMIN has created 35 blog entries.
Email

Recognized for: Expanding our understanding of how neurons in the brain coordinate their activity to support our ability to form and recall memories. By uncovering the mechanisms of this coordinated activity in the brain, Fernández-Ruiz was able to alter how neurons are reactivated, demonstrating that memory can be improved artificially. http://blavatnikawards.org/honorees/profile/antonio-fernandez-ruiz/

This is how we communicate these days on Zoom

We have a new doctor!

Stephanie Rogers defended her heretical views and after her defense she got knighted in Madison Square Park. Congratulations Stephanie.

Podcast by Brain Inspired with Gyuri and David Poeppel

Podcast by with Gyuri and David Poeppel discussing the primacy of neuroscience vs. psychology to guide descriptions and names for mind/brain objects. Special guests are Paul Cisek and John Krakauer Listen to the podcast here: https://braininspired.co/podcast/84/

Hippocampal theta oscillations coordinate neuronal firing to support memory and spatial navigation. The medial septum (MS) is critical in theta generation by two possible mechanisms: either a unitary “pacemaker” timing signal is imposed on the hippocampal system, or it may assist in organizing target subcircuits within the phase space of theta oscillations. We used temperature manipulation of the MS to test these models. Cooling of the MS reduced both theta frequency and [...]

"The Brain from the Inside Out" with György Buzsáki (BS 172) In this month’s episode of Brain Science I talk with neuroscientist György Buzsáki about his new book The Brain from Inside Out. We explore how abandoning what he calls the "Outside In" approach to understanding the brain can lead to surprising new insights. This includes a new appreciation for the importance of the brain’s spontaneous activity and the implications for learning and [...]

The Brain from Inside Out receives PROSE award

The PROSE Awards annually recognize the very best in professional and scholarly publishing by bringing attention to distinguished books, journals, and electronic content. Biomedicine & Neuroscience The Brain from Inside Out by György Buzsáki, Oxford University Press 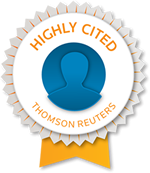